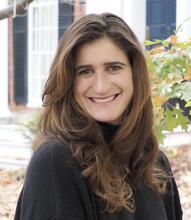 Phoebe Hering is a first-year MEM candidate specializing in Environmental Policy Analysis and People, Equity, and the Environment. Phoebe is focusing on the nexus of multilateral international agreements, agricultural policy, and environmental justice.

Prior to joining YCELP, Phoebe spent a year working for a land trust in California managing a conservation cattle herd and earned a research master’s degree in Cultural Studies and Modern Languages from the Erasmus Mundus Joint-Degree program in France, Spain, and Italy. Prior to completing her Erasmus Mundus master, she also spent a year working on ranches in New Mexico and Wyoming. Phoebe is originally from Landenberg, PA, and is a graduate of Cornell University with degrees in French Literature, Comparative Literature, and Religious Studies.