What are we talking about when we talk about REDD+? From a top-down to a bottom-up approach 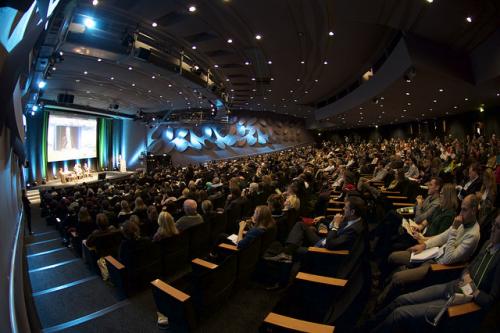 In the final negotiations leading up to COP21, parties performed a rare feat: they agreed (at least on something). In Bonn this June, negotiators agreed to include the mechanism for Reducing Emissions from Deforestation and Forest Degradation (REDD+) in the next global climate agreement. This future of REDD+ is one of the many topics under deliberation as part of COP21.

In Bonn, parties clarified 3 key elements of REDD+: social and environmental safeguards would be taken into account; non-carbon benefits would be acknowledged; and, financing could effectively flow from market and non-market sources as either results-based or ex-ante payments. The agreed-upon terms effectively cleared REDD+ for its next barrier to implementation: durable financial commitments.

During the final session of the Global Landscapes Forum, a panel convened to take stock of REDD+’s past, present, and future. Panelists represented national and sub-national actors: government, NGO’s, think tanks, and academia. With a decade’s worth of evolution to its name, what then are we talking about when we talk about REDD+?

REDD+ was originally conceived as an interim measure to mitigate climate change while paths for decoupling fossil-fuel emissions from economic growth were simultaneously pursued. The mechanism aimed to reduce carbon-emitting deforestation through a market-based structure. The idea was to establish a compliance carbon market designed to facilitate financial flow from countries with mitigation commitments to countries with carbon sequestration potential.

Purchased carbon credits would provide financial incentive for countries with tropical forest to halt deforestation, without necessarily limiting their economic development. Only, the carbon market never got off the ground. To date, REDD+ projects have been established on a provisional basis and carbon credits exchanged on voluntary markets, as there is no global compliance market. REDD+ projects have manifested at the subnational, national, and transnational levels.

After 8 years of negotiations, REDD+ is potentially closer than ever to being operationalized. The trouble is, a lot has happened since the model’s conception. The risks of implementing REDD+ have come to light, preference towards carbon markets has waned, and civil society has grown increasingly restless and moved to grassroots action. What has emerged is a thriving bottom-up approach to climate change solutions – including ways to reduce deforestation. Is it thus too late for REDD+? Perhaps – as least as it was originally conceived.

“This is a long-term game. We tend to get too caught up in REDD+ as a “thing,” remarked Christine Dragisic, REDD+ Negotiator with the US Department of State. “It’s helpful to go back to what REDD+ is – efforts to reduce emissions from forests. […] What matters is how it’s done, and that’s what a lot of the focus is on now.” Dragisic went on to acknowledge that carbon markets are not a universal tool and that bringing in different sources of support is a priority.

Aggregating support at the sub-national level is gaining momentum. “The jurisdictional approach is critical as a platform for bringing multiple stakeholders and processes together,” stated William Boyd, Senior Advisor, Governors’ Climate and Forests Task Force. “Diversity is a source of innovation and experimentation. […] We hope that whatever comes out of Paris continues to enable and support some of these experiments.”

“I think we’re in the middle of a transition from a top-down to bottom-up approach to REDD+, and that transition is moving along very quickly,” added Daniel Nepstad, President and Executive Director, Earth Innovation Institute. “I see REDD+ working where it loses the name REDD+, and is owned, absorbed into, and prioritized by regional societies.”

The panelists agreed that REDD+ must be part of a broad agenda of low-emissions development. Ultimately, “It’s a huge policy experiment,” concluded Arild Angelsen, Professor of Economics, Norwegian University of Life Sciences. “We need not to fall in love with our ideologies, but to be in a learning mode.”