Regearing the Global Response to Climate Change: 5 Past Mistakes the 2015 Paris Agreement Needs to Fix 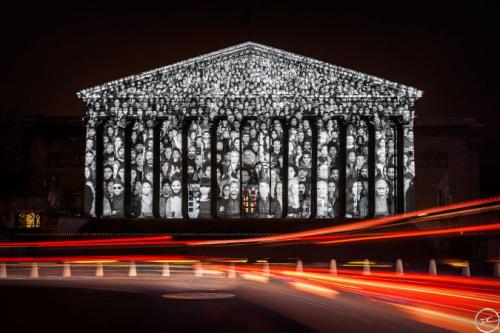 This blog was originally published on the Huffington Post on December 10, 2015.

Negotiators from around the world are gathered in Paris with hopes of concluding a new climate change agreement tomorrow or maybe Saturday if the talks go in to overtime. With 150 Presidents and Prime Ministers in attendance, the opening session of this 21st Climate Change Conference of the Parties (CoP21) last week generated high hopes for a more robust global response to the build-up of greenhouse gases in the atmosphere, which threatens to cause not just global warming but sea level rise, increased frequency and intensity of hurricanes, changed rainfall patterns, droughts, floods and diminished agricultural productivity. To produce real success and a framework for ramped-up action, a series of mistakes that have plagued the world community’s existing climate change strategy must be addressed in the 2015 Paris Agreement.

The focus since 1992 on nation-states and national greenhouse gas emissions targets has proven to be ill-suited to the task at hand. It turns out that Presidents and Prime Ministers don’t actually have much day-to-day impact on the activities that affect a nation’s “carbon footprint.” It is much more important that Mayors, Governors and corporate executives be brought into the response to climate change as they are the ones whose everyday decisions determine the scale of greenhouse gas emissions. Recasting the world’s climate change approach thus needs to begin with an effort to engage states/provinces, cities and companies in delivering a more “bottom-up” climate change action agenda.

Promising signs of this broader engagement are already evident. Paris Mayor Anne Hidalgo and UN Special Envoy for Cities and Climate Change Michael Bloomberg hosted a Summit of Local Government Climate Change Leaders on December 4 with 700 Mayors and Governors from around the world in attendance. These officials have already done a great deal to reduce emissions in their cities and states/provinces – and their successes and “solutions” were on display throughout the Summit day. Moreover, hundreds of them made further commitments in Paris to improved public transit, broadened energy efficiency programs, expanded renewable power production and other initiatives that will not just reduce emissions but also improve the quality of life in their jurisdictions.

This action orientation should not just be celebrated but also reflected in the Paris Agreement. While international relations and treaties have been the exclusive purview of nation-states since the Peace of Westphalia in 1648, it now makes sense to rethink that structure with regard to the world’s response to 21st century problems of broad scope, such as climate change, which require action at many scales and across many sectors. The fact that greenhouse gas emissions come from millions and millions of disaggregated sources means that for the international response to be successful, it must work through the subnational politicians, business executives and other societal leaders who are positioned to lead the way toward a decarbonized future. Why not give these efforts formal recognition in the 2015 Paris Climate Change Agreement?

While traditionalists in foreign ministries may panic at the prospect of significant innovation in the structure of international law, a solid policy logic exists for a broader climate change agreement architecture that formalizes the role of Mayors, Governors and CEOs in responding to the greenhouse gas emissions problem and creates a more inclusive 21st century model for international collaboration. Fundamentally, treaties among nation-states make sense when national governments have a monopoly of control over the issue at hand. So let’s leave territorial disputes and arms control agreements to Presidents and Prime Ministers. But for other issues, where success requires broader involvement, we should establish a new type of international accord that goes beyond national governments and encompasses all of the key players. The 2015 Paris Climate Change Agreement offers a great opportunity for the launch of this new model.

An agreement which tracks the need for more of a bottom-up global climate change strategy leads straight to the second opportunity that a successful Paris Agreement should reflect: a stronger action orientation. Too much focus has been placed in past negotiations on emissions targets, timetables and talk – with too little emphasis on what is needed to deliver changed on-the-ground results, particularly with regard to transformation of the energy sector. Goals are important. But much effort needs to go into figuring out how to achieve the desired results, which means that more emphasis needs to be put on incentives for clean energy, resilient infrastructure, afforestation and other dimensions of a decarbonized future.

Third, prior negotiations failed to recognize the critical role of the corporate world as a point of leverage for climate change action, especially when it comes to technology development and clean energy project development. While public sector decisions are important and set critical goals, private sector implementation will be critical to a transformed future. So the new agreement needs to put much more focus on channeling business choices and spurring efforts to deliver low-carbon goods and services, manufacturing and distribution.

Finding ways to use limited public resources to leverage private capital for expanded deployment of energy efficiency and renewable power generation will be critical to success going forward. For too long climate change finance discussions have centered on how much money developed nations will provide to developing nations. But a clean energy future will not come from adding more zeros to development assistance budgets. There is simply too little money to achieve the energy infrastructure transformation required. What is needed is a roadmap for developing nations to follow to position themselves as attractive places for private capital to be deployed. In this regard, the work of the UK Green Investment Bank and the Connecticut Green Bank offer important models that could be expanded.

The sharpening of focus on private capital as the key pathway to a clean energy future does not mean that there is no role for government in facilitating decarbonization. To the contrary, governments, especially at the local and regional scales, need to develop ways to “derisk” the flow of private capital into clean energy infrastructure and other climate change related investments. They can do this through a number of innovative policy mechanisms including power purchase agreements (which make renewable energy projects “bankable”), energy efficiency incentives, default “risk sharing” on clean energy loans and concerted efforts to reduce the time and expense of permitting, regulatory approvals and the other “soft costs” that can make rooftop solar power and energy efficiency projects too expensive.

4. All hands on deck

Perhaps the most serious mistake made in the climate change agreement architecture of the past was the decision to bifurcate the world into an Annex 1 list of countries, which were asked to take action, and non-Annex 1 countries, which took on no real obligations. This structure, consolidated in the Kyoto Protocol’s approach to the core principle of burden sharing – “common but differentiated responsibility” – has meant that many developing nations thought they were justified in sitting on the sidelines for the past two decades. But inaction by so many countries has not only severely hampered the global response to climate change; it has also created a very difficult political dynamic in the United States.

The unwillingness of China, India and other emerging economies to commit to being part of the climate change solution has provided skeptics in the US Congress with an excuse not to act. With emissions from the developing world rising rapidly, they argue that greenhouse gas controls by the US and Europe will do little to address the build of GHGs in the atmosphere and that US companies shouldn’t be burdened with expensive emissions controls when so many of their competitors are not bearing comparable climate change mitigation costs.

Real success in Paris thus depends on reasserting that common but differentiated responsibility means that every nation commits to take action to address climate change. The fact that 180+ nations have produced reports that spell out their intended nationally determined contributions (INDCs) to emissions reduction puts the present negotiations on the right track. China, in particular, has agreed to reduce its emissions by 2030 and to establish a system of tradable emission allowances. Many other critical developing countries, such as Mexico and Brazil, have developed ambitious emissions control programs. It therefore appears that the world community is poised for the first time to break the vicious circle of inaction and conclude a climate change agreement with commitments that span the globe.

Finally, the new agreement needs to take advantage of another fundamental change in the world that has emerged since the 1992 Framework Convention – the opportunities of the Digital Age and information technologies. In particular, the world community needs a more vibrant platform to record climate change commitments and assess follow-through. Data collection with metrics designed to track emissions and gauge policy success at various scales – global, national, state/provincial, local and corporate – is easy to do in our Information Age. Developing common methodologies for reporting and verifying who is doing what to respond to climate change will be critical to a ramped-up global response to the problem. Scorecards that allow identification within relevant peer groups – e.g., clusters of nations at similar levels of development, big cities, fast-moving consumer goods companies, etc. – of leaders, laggards and best practices can help to harness competitive spirits and spur progress without any formal “binding” requirements or enforcement mechanisms.

This week’s agreement offers an opportunity to correct a number of the structural failures of the 1992 Framework Convention and the subsequent Kyoto Protocol – and to reframe the foundation for global action on climate change. But ultimately, what matters most is not the recasting of words but rather the opportunity the Paris negotiations offer to shift the world’s climate change mindset. We need to get past the dispiriting lack of progress over the past two decades and lift the trajectory of the global response to the build-up of greenhouse gas emissions. In this regard, the Paris outcome, reflecting not just the new agreement among national governments and but all of the other commitments made by Mayors, Governors, CEOs, civil society leaders and Bill Gates and his Breakthrough Energy Coalition promises to create a new “Spirit of Paris” that makes the move to a clean energy future look not just possible but inevitable – and attractive.

Daniel C. Esty is the Hillhouse Professor of Environmental Law and Policy at Yale University. One of the world’s leading experts on corporate environmental strategy, he helped negotiate the 1992 Framework Convention on Climate Change as an official with the US Environmental Protection Agency. From 2011 to early 2014, Professor Esty served as Commissioner of the Connecticut Department of Energy and Environmental Protection. His recent prizewinning book, Green to Gold: How Smart Companies Use Environmental Strategy to Innovate, Create Value, and Build Competitive Advantage, argues that pollution control and natural resource management have become critical elements of marketplace success and explains how leading-edge companies have folded environmental thinking into their core business strategies.