Recap of “Oil & Water: The Role of Natural Resources in Peacekeeping and Conflict in Ukraine” 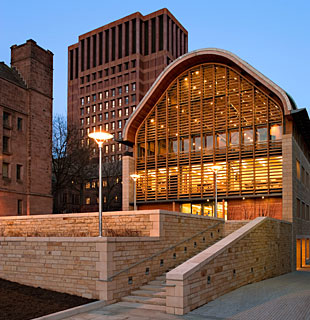 As the Russian invasion of Ukraine drew towards a seventh week, the Yale Center for Environmental Law and Policy (YCELP), the Yale School of the Environment Alumni Association Board, and the Yale Center for Business and the Environment convened a panel on “Oil & Water: The Role of Natural Resources in Conflict and Peacebuilding in Ukraine.” This most recent installment of the Yale Environmental Dialogue– a forum for discussion across divides– focused on the intersection between regional abundance and scarcity of fossil fuels and water, and these materials’ influence upon geopolitics.

Panelists were first asked what their “biggest takeaway” from the invasion was in relation to the environment. Zooming in from Kyiv, Professor Olena Maslyukivska (Associate Professor at the National University of Kyiv-Mohyla Academy and ‘00 MEM) began the event by emphasizing that, while this war is widely viewed as arising from geopolitical and not natural resource motives, energy resources hold the potential to stem the invasion. Professor Saleem Ali (Chair of the Department of Geography and Spatial Sciences at the University of Delaware and ‘96 MES) added that his biggest takeaway is that natural resource governance and environmental cooperation represent missed opportunities in trust-building between Ukraine, Russia, the European Union, and the United States. Professor Kenneth Gillingham (Professor of Economics at the Yale School of the Environment) concluded by pointing to this conflict as accentuating the precarity of the global fossil fuel distribution system.

Micon then moved the discussion towards the role of natural resources in peacekeeping and international dependency. Professor Maslyukivska led by arguing that one cannot count on Russia’s prioritization of human rights or the environment, and that the sanctioning of energy and natural resources (e.g. banning of Russian oil and gas imports) is necessary in place of attempting to protect these resources. The difficulties surrounding said sanctions were then raised by Professor Ali in his statements concerning European dependence on Russian fossil fuel imports. He contended that previous miscalculations in the danger of nuclear power were responsible for this geopolitical vulnerability, leading Europe to prioritize and invest in natural gas over nuclear power in its efforts to reduce greenhouse gas emissions. Professor Gillingham in turn asserted that 1) the will for peace between Eastern, Central, and Western Europe, 2) the move away from coal to natural gas, and 3) the economic benefits (i.e. inexpensiveness and the idea of “economically mutually assured destruction”) were all factors that pushed Europe towards Russian oil and gas.

Reliance on fossil fuel imports has led to continued funding of the Russian war apparatus, and Professors Ali, Gillingham, and Maslyukivska discussed the necessity of turning away from these energy sources. Professors Ali and Gillingham both spoke of large domestic U.S. oil production as creating a degree of independence and geopolitical leverage in the conflict; however, Professor Gillingham pointed out that the global nature of the oil market means the economic effects are felt everywhere. He added that countries, including the U.S., can end this specific dependency over time by increasing investments in renewable energy. Professor Ali asserted that building multilateral trade relationships in the materials necessary for renewable energy use could prevent or de-escalate conflict.

Continuing to depend on fossil fuels not only worsens the climate crisis– it prolongs a war that has numerous other environmental consequences. It jeopardizes food security and species diversity, pollutes and depletes water, and threatens the release of toxic chemicals from storage, explained Professor Maslyukivska. None of this, of course, accounts for its already-induced human suffering and casualties.

Panelists additionally discussed issues surrounding the Crimean water supply and its potential for spurring both conflict and deescalation. As described by Professor Ali, the Russian occupation of Crimea caused Ukraine to close off its headwaters for the region, leading to a water shortage and food insecurity. Russia was then left with the task of supplying water to the region, a supply which, argued Professor Maslyukivska, currently satisfies humanitarian needs but does not sustain Russian military or agriculture. She posited that “Ukrainian society” has no interest in increasing the supply of water or “anything that would be less than just moving Russian troops away from Ukrainian territory.” Professor Gillingham asserted that this struggle surrounding water is no doubt playing a part in current negotiations. Though it is most certainly a point of contention, Professor Ali also offered that, along with past environmental cooperation on the Black Sea, these preexisting water negotiations offer the opportunity for cooperation.

The panel was closed off by Micon with an audience question-and-answer session. Professor Ali was first asked to address the need for wartime “rules of engagement” with Ukrainian nuclear power plants while stressing that this should not encourage nuclear “fear-mongering.” Professors Gillingham and Maslyukivska then both spoke on the importance of a transition to renewables, with Professor Maslyukivska stating that the invasion would likely accelerate this shift and Professor Gillingham raising the question of what dependencies a renewable energy economy would engender. Lastly, Professors Ali and Gillingham closed off with a question concerning future policymaking in response to this conflict. As the invasion enters into an eighth week, they argued that policies must be founded upon data and science (Professor Ali) and take into account climactic ramifications (Professor Gillingham), while affirming Ukraine sovereignty and ending this war.

Please consider donating to one of the following organizations working to support Ukraine and Ukrainians– while important in furthering our understanding of conflict, academic events should also draw attention to concrete ways of helping those under attack.

(The following are from this New York Times Opinion piece.)
Direct Relief
Mercy Corps
International Medical Corps
Save the Children