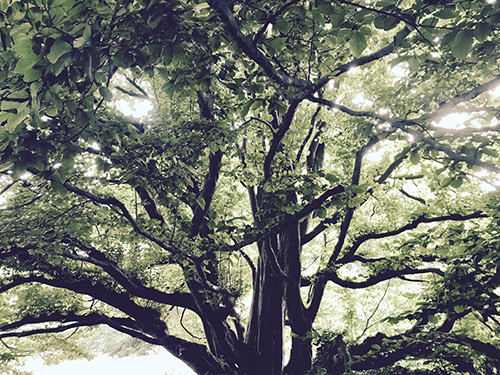 As we pass the new administration’s hundred-day mark, advocates across civil society have witnessed a paradigm shift in environmental policy at the federal level. Within just its first few days, the new administration set the stage for sweeping changes to how climate change is governed at both the national and international levels. Although the full legal consequences of such rapid changes remain to be seen, recent Executive Orders on climate change and environmental justice signal a dramatic shift. Such shifts will likely have broad ramifications for advocates, industry, and frontline communities. Although the ultimate balance between executive action and broader legislative reform remains to be seen, early acts from the administration have already begun to reshape the relationship between environmental law and the rest of the legal system, as well as brought environmental justice into sharper focus.

Building on the legacy of E.O. 12898, which sought to incorporate environmental justice into agency decision making processes, the new administration has signaled a shift to incorporate climate concerns across federal agencies. This has been hailed by WE ACT and other organizations as a significant – although not sufficient – step towards progress on environmental racism and related concerns. Additionally, the appointment of Michael Regan as EPA Administrator signals increased attention to the voices of grassroots environmental justice advocates, in addition to larger environmental NGOs.

On February 4th, the administration also issued an E.O. on climate migrants. Significantly, the language of the E.O. includes internal displacement, a long-standing lacuna in international law governing refugees. Paralleling significant developments like Teitiota v New Zealand at the international level, this E.O. signals significantly increased recognition of climate refugees by the U.S. government. It remains to be fully seen how this may impact asylum seekers from Central America, many of whom are fleeing drought and other climate impacts, as well as internally displaced people (IDPs) within the United States. Although previously the U.S. government has taken steps to resettle the inhabitants of Isle de Jean Charles, many more coastal communities are potentially facing resettlement due to sea level rise, in addition to Americans who are displaced by wildfires, droughts, or other climate impacts. For communities on the frontlines, legal recognition of something similar to refugee status may become increasingly important in coming decades.

In addition to governance through Executive Orders, the Biden administration recently also launched an ambitious infrastructure plan. Although the ultimate ambition and scope of this new plan remains to be seen, many of its early proposals – such as electric school buses – have generated significant excitement and support from grassroots advocates. In New York City and other major metropolitan areas across the country, bus terminals are a significant driver of local air pollution, raising real concerns of environmental racism in neighborhoods like the South Bronx. Decreasing diesel fumes – as well as supporting services like broadband access that help to lessen the digital divide – would be a significant step towards alleviating the dual burdens of pollution and the current pandemic on EJ communities.

What will be the administration’s likely next steps? Relevant to the Center’s recent book Values at Work, the new administration is also pushing to mainstream climate risk in financial markets. After the initial rounds of rulemaking on climate risk, there may also be momentum to expand such governance to include other social factors, or what the E.U. terms “double materiality.” Already, the social cost of carbon and the discount rate are being recalculated, a process that could potentially have ripple effects throughout the broader economy. The link between Missing and Murdered Indigenous Women (MMIW) and tar sands is another continuing concern, and an issue on which Credit Suisse and other major institutional lenders have already begun to move. Deb Haaland, the new Secretary of Interior, has also made justice for MMIW a major pillar of both her past legislation in Congress and her current role. In addition to tar sands, the financial risks of coal bankruptcies – including the scheduled expiration of fee collection for the Abandoned Mine Land fund later this year – will be an additional challenge the administration must grapple with. Legislation like the RECLAIM Act currently in Congress could aid significantly in addressing this, but should be further prioritized.

In addition to governance through Executive Orders, some experts have also recommended increased use of the Congressional Review Act to undo damaging rollbacks to the National Environmental Policy Act (NEPA) and other environmental laws by the Trump administration. Ongoing litigation over the NEPA rollbacks will also likely shift in scope, depending on what course the administration ultimately decides to chart.

Finally, in parallel to cancelling the permit for the Keystone XL pipeline, the current administration is also under increasing pressure to consider similar executive actions against the Dakota Access Pipeline and other such projects. (Notably, the cancellation of KXL’s permit is currently also being litigated.) The fight against the Byhalia Pipeline, proposed to cross a major drinking water reservoir in a historically Black community in Memphis, is also drawing increased national attention in recent weeks. Activists from community group Memphis Community Against the Pipeline recently met with the newly created White House Environmental Justice Advisory Council, further signaling the new administration’s emphasis on environmental justice. Although it remains to be seen whether the cancellation of KXL was an aberration or part of a broader trend, increasing court challenges to the Army Corps permitting system, as well as the increasing push to incorporate climate risk into project finance for pipelines, may additionally pose significant hurdles for such projects going forward.

Although the current administration faces a kaleidoscope of challenges, in short, two early trends are clear. First, environmental law is becoming increasingly intertwined with national security, securities regulation, and other areas of law that were previously more siloed. This is shown not only by the wide array of environmental actions the administration has already taken, but also by President Biden’s efforts to incorporate climate change considerations across the federal government as a whole. Second – and more significantly – environmental justice will likely be a central focus of environmental governance for the next four years. Although such efforts may still fall short, this emphasis is long overdue.