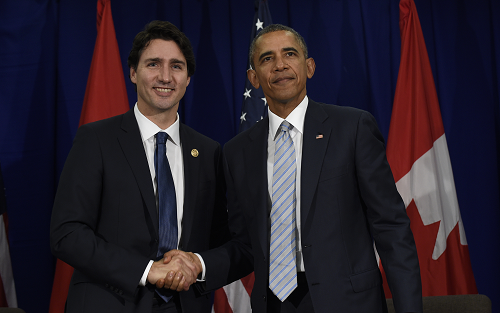 Earlier this year, President Obama and Canadian Prime Minister Justin Trudeau announced a joint effort to cooperate on climate action, pledging that North America will play a leadership role in the global low-carbon economy. A key component of the joint statement was a commitment to implementation of the Paris Agreement, encouraging sub-national governments to share their experience with the design of effective carbon pricing systems and complementary policies. This will harness the experience of the several North American states and provinces that have circumvented national gridlock to move forward in building a bottom-up patchwork of action on climate change.

The experience of British Columbia (B.C.) is likely to play a major role in the North American discussion around Paris Agreement implementation. The Canadian province has garnered significant attention in recent years due to its revenue-neutral carbon tax, which has enjoyed widespread support, reducing per capita fuel consumption with seemingly negligible impacts on economic growth. The province’s emissions, however, continue to rise, prompting criticism from many environmentalists and academics. B.C.’s experience simultaneously delivers an aspirational goal for other governments and a cautionary tale for those touting carbon pricing as a climate policy panacea.

Economists widely agree that a price should be put on carbon to curb the costs of climate change efficiently, and have been successful in diffusing this view beyond academia. It is conventionally accepted by many that pricing carbon is the hallmark of a serious climate policy. At the end of last year, 40 governments and 23 cities, states, and regions had carbon pricing mechanisms in place, covering 12 percent of annual global greenhouse gas emissions.

Cap-and-trade programs and carbon taxes are the two oft-discussed carbon pricing mechanisms. Cap-and-trade is the more prevalent option of the two, with large-scale programs currently running in jurisdictions including the European Union, the Northeastern U.S., and California. In September, China announced its plan to launch a national cap-and-trade program in 2017 after years of smaller-scale pilots.

Experience with cap-and-trade has been mixed, particularly at the international level. The European Union’s Emissions Trading System has experienced permit prices so low as to provide an insufficient incentive for abatement, and in some instances has been a boon to polluters who have capitalized on over-allocation. Fundamentally, the effectiveness of a cap-and-trade program is reliant upon the forecasting of future emissions. This can be problematic, not least due to the hard-to-predict impacts of recent energy shifts, including low oil and gas prices, the slowdown of the coal industry, and falling costs of renewables.

It has been widely hailed in the global community. The World Bank, the Economist, and the OECD have called the tax a model for the world. The OECD Secretary labeled it a “textbook case” for the implementation of a carbon tax. In the New York Times, Eduardo Porter framed B.C.’s policy as a path forward for the United States that could replace existing sector-specific regulations such as the Clean Power Plan.

The appeal of B.C.’s program lies in its design. Although its present tax rate of C$30 per ton falls short of most estimates of the social cost of carbon, which the U.S. government places at $45 USD, it covers three-quarters of B.C.’s economy. It is also revenue-neutral, funding more than a billion dollars a year in other tax cuts, in the process building a broad coalition of supporters, which includes many B.C. businesses.

Not everyone, however, is enthused about B.C.’s carbon tax. Its detractors include economists and environmentalists who consider the policy ineffective, at least at its current level. At the core of much of the criticism is the fact that B.C.’s emissions, after an initial drop, have been slowly increasing since 2010. Furthermore, some argue that the emissions reductions that have occurred in B.C. cannot even be attributed to the carbon tax, and are a result of other factors including the recession and regulations.

A major problem with the tax, critics say, is that its tax rate has been frozen since 2012 under B.C.’s current leadership. Originally set at C$10 per ton, it increased by C$5 annually and reached its present level of C$30 in 2012, where it remains. As pointed out by Mark Jaccard, a professor at Vancouver’s Simon Fraser University, the tax was intended to continue to increase annually. At its current level, B.C.’s carbon tax adds 7 cents per liter to the price of gasoline—roughly a sixth of the increase that economists predicted was necessary to move motorists to electric or biofuel options. According to Jaccard, a 2007 B.C. regulation that halted three fossil fuel plants prevented four times more 2020 emissions than the carbon tax will.

Looking to the future

Where does B.C. go from here? A task force convened by the government itself recommended that the province resume ratcheting up the tax rate, but the province maintains that it will be frozen until at least 2018, citing competitiveness concerns and the fact that a C$40 per ton tax rate would be “uncharted territory”.

B.C.’s situation cuts to a core question around carbon pricing, which is how high tax rates need to be set to sufficiently encourage emissions reductions while remaining politically viable and economically appropriate. To put the carbon price in the perspective of Canada’s national climate targets, Jaccard says that a national carbon price of C$160 by 2030 would be necessary for the country to reach its Paris emissions goals in light of the future oil sands development that is currently permitted in Alberta. He points out that sector-specific regulations, such as vehicle emissions standards, could achieve a similar price implicitly and in a more politically viable way. An example of this is in California, where a suite of sector-specific regulations do much of the heavy lifting, and are paired with a cap-and-trade program that places a modest price on carbon and functions as a backstop.

In the U.S., a carbon tax bill introduced in Congress last year by Senators Sheldon Whitehouse (D-RI) and Brian Schatz (D-HI) last year included starting tax rate of $45 per metric ton, roughly double the current level of B.C.’s tax at today’s exchange rates. Analysis suggests that the tax would allow the U.S. to considerably exceed its Paris emissions targets of 26-28% below 2005 levels by 2025. The $2 trillion generated in revenue over ten years could be used to reduce corporate and payroll taxes, provide Social Security and veterans’ benefits, and help states transition to new industries. Despite the numbers, the prospect of a federal carbon tax seems distant.

The political constraints on carbon taxes in the U.S. are numerous in comparison with clean energy regulations, more of which have been successfully passed. An article by Katy Lederer in the New Yorker summed up the potential for bi-partisan support of a carbon tax: “One is left with the feeling that, by the time the Republicans are willing to price carbon, the cost of what we’ve lost will be beyond accounting.” Furthermore, research by the Yale Project on Climate Change Communication indicates that a carbon tax that refunds revenues to households would not be popular with the American public. Only 44% of those polled supported that idea, compared to 74% support for regulating CO2 as a pollutant and 63% in support of strict CO2 limits on existing coal plants. This implies that the Obama Administration’s current efforts towards regulating emissions, the Clean Power Plan, is an approach more closely aligned with public opinion.

A lesson from B.C.’s experience that the new North American partnership should take to heart, then, is that the best policies for combating climate change are those that are sufficiently ambitious and will have continued leadership and implementation, regardless of whether they come in the form of regulations, carbon prices, or both. Believing that a single policy will get us there is problematic, especially in the context of the Paris Agreement. Fortunately, sub-national governments in the U.S. and Canada have no shortage of climate policy experience to bring to the table as the two countries aim to re-position themselves as leaders in a low-carbon world.