Liz Barratt-Brown has worked for many years for the Natural Resources Defense Council (NRDC) beginning her career there in 1981 after graduating from Brown University.  She also worked for Senator Lautenberg – where she helped craft the Toxic Release Inventory, the nation’s first community right-to-know act on toxic chemicals – before returning to Connecticut to get her law degree from Yale Law School.

As a Senior Advisor to NRDC, Liz’s work is currently focused on protection of Canada’s Boreal forest.  Working with US and Canadian groups and First Nations, she has advocated against the expansion of “tar sands” oil extraction in northern Alberta and was central to the launch of the campaign against the Keystone XL pipeline, which has sparked a national debate about investment in large scale fossil fuel projects. She has worked on numerous issues in Canada over the years, including stemming acid rain and protection of British Columbia’s Clayoquot Sound and Great Bear Rainforest.

Liz serves on the advisory board of the Center for a New American Dream and the Executive Committee of the Yale Law School.  She and her husband Bos Dewey, with help from their children Barratt and Eliza, run an olive and sheep farm in Mallorca, Spain (www.pedruxella.com) where they produce organic olive oil with help from volunteers from around the world and host weddings, retreats and family gatherings. 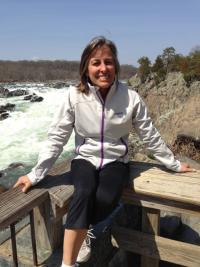