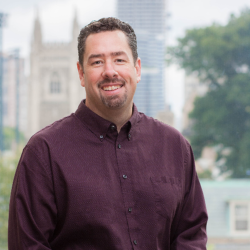 In this episode, Matthew Hoffmann, a Professor in the Department of Political Science at the University of Toronto, talks about potential routes toward decarbonization, the process of weaning societies from fossil fuels. His work suggests that the role of international climate negotiations in the future may be different than what we’ve come to expect—they may provide less in the way of binding agreements and more of a source of global goal setting. In this interview, Hoffman offers an entirely new frame for climate change. Rather than negotiating cost distribution among states, as climate negotiations have traditionally done, we ought to frame the topic as a way toward a better society. This re-framing would involve a more concerted look at the benefits of action and what he can hope to gain by addressing climate change collectively.