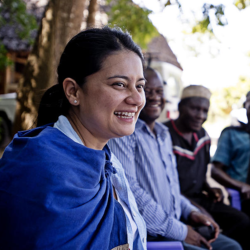 In this podcast WWF’s Dekila Chungyalpa, discusses the organization’s Sacred Earth program, which engages religious leaders and faith communities as stakeholders in the organization’s work. Religious leaders, Chungyalpa says, have long been the missing piece of conservation. Scientists often want to distance themselves from religion, or from addressing the moral and ethical questions inherent in many of our most critical environmental dilemmas. This idea that religion threatens science has been an Achilles heel, she says; instead, these leaders help reframe environmental issues in a way that resonates within their communities.