Transparency: The Backbone of the Paris Agreement 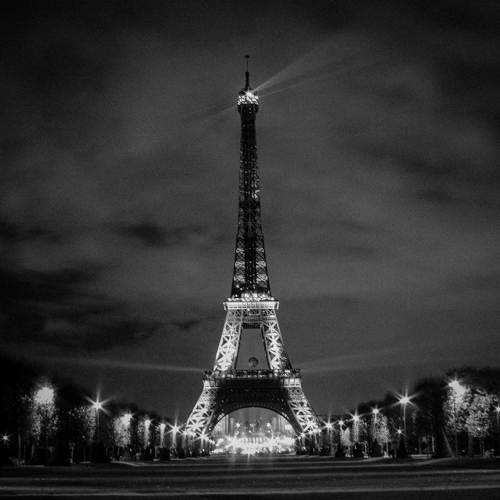 History was made on December 12, 2015 in Paris. More heads of state than ever before in human history came together under one roof to support the United Nations Framework Convention on Climate Change (UNFCCC) negotiations. The adoption of the Paris Agreement represents a departure from the structure most international climate agreements have taken during the last 20+ years. For the first time, over 180 countries both developed and developing, have pledged to reduce their emissions. Historic indeed. However, as with any change, there are likely to be growing pains. Many details regarding implementation measures remain left to be negotiated. The Paris Agreement’s key to success depends on hammering out the details to build a robust Transparency Mechanism.

The backbone of the Paris Agreement will be the Transparency Mechanism laid out in Article 13. Due to the principle of Common But Differentiated Responsibilities (CBDR), Parties’ Intended Nationally Determined Contributions (INDCs) contain a vast amount of variance, not only in ambition but also in format. This presents a nightmare for transparency and accounting. Eventually, the goal is for all states to report in a common format. The new transparency mechanism is to be negotiated by 2018, and adopted in 2020 - codified in time to inform the next round of NDCs (moving forward, what were formerly called INDCs become referenced as Nationally Determined Contributions, or NDCs). The Paris Committee in Capacity Building (PCCB) should capitalize on the next 2 years to search out effective models to train carbon accountants. There is still time.

An effective transparency mechanism will require accurate and precise Measurement, Reporting and Verification (MRV) of greenhouse gas emissions from all nations. The Paris Agreement is great in that it sets up the structure for this to occur, however, the capacity for implementation to do so is deficient. For the last two decades, only 40 or so developed countries (Annex I Parties) have been required to report their emissions to the United Nations on a regular basis, in a detailed manner. In a few short years, all nations rich and poor alike will be expected to report their emissions. This means that roughly 150 nations which have little experience in carbon accounting will be thrust abruptly into the confusing world of greenhouse gas accounting, many with little to no technical expertise in this field.

The “M” & the “R” (Measure & Report) of MRV for the developing world need immense strengthening if the Paris Agreement is to be successful. Carbon accountants need to be trained in what were previously Annex II parties to the Kyoto Protocol – or partnerships need to be made with local academic institutions to do the accounting for local and provincial governments in order to fill the capacity gap that currently exists. 80% future emissions will come from the developing world [1]. Capacity in carbon accounting must be strengthened in the developing world in order to effectively implement the Agreement. “The current model will break if you try and scale it up”, says Michael Gillenwater, Executive Director and Dean of the Greenhouse Gas Management Institute (GHGMI), a non-profit headquartered in Washington D.C. which runs online training and certificate programs in greenhouse gas accounting. GHGMI has trained over 7000 individuals in carbon accounting from over 100 countries.

Biennial updates on all countries’ national greenhouse gas inventories “shall” be reported, according to Article 13, paragraph 4 of the Paris Agreement. However, according to World Resources Institute (WRI), some exceptions will be given to “the least developed countries (LDCs) and Small Island Developing States (SIDS), who will report at their discretion.” Under The Agreement, emission reduction targets are politically binding, but not legally binding. This shifts pressure toward the reporting and verification mechanisms embedded in The Agreement, which are legally binding.

Expert review is called for in Article 13 paragraphs 11 & 12 of the Paris Agreement. This expert review would represent the “V” (or Verification) in MRV. Expert review acts as a Transparency Mechanism and “the review process shall include assistance in identifying capacity-building needs”[2]. Without an effective transparency mechanism, the global community will be unable to:

A.    Measure its collective progress towards meeting a 1.5c goal

B.    Determine if a nation is ‘ratcheting up’ its ambition over time– as the 5 year NDC reporting structure was intended to accomplish

C.    “Name and shame” parties that are not living up to their stated emission reduction targets

The old treaty model with binding emission targets is gone in favor of voluntary commitments that depend on an effectual Transparency Mechanisms to track nations’ progress. Going along with international norms, or being “Named and Shamed” for deviating from those norms, resides as the strongest pathway the global community has to drive compliance from parties.

One of the great achievements of the Paris Agreement was the dissolution of the ‘one size fits all’ model of international environmental policy in favor of a more diversified, inclusive approach – as a result, the global community gets broader buy in from more nations. This new approach has even drawn in participation from a variety of sub-national and non-state actors, and has opened up vast new revenue streams, while cultivating momentum to act on climate change as never seen before. By the time COP21 started, the NAZCA portal, “listed nearly 11,000 commitments from 2,250 cities, 150 regions, 2,025 companies, 424 investors, and 235 civil society organizations.” While this level of participation and global ambition is unprecedented and undoubtedly optimistic, it has created a capacity and transparency headache. Developing nations may struggle to overcome the information burden of sorting through the mire of non-state actors and organizations, which have sprung up in support of the Paris Agreement.

Entities that remain outside the purview of the agreement at this time include: private sector commitments, private finance, non-state actors, and sub-national authorities. However, some advocate for their inclusion in the negotiating process and text. A WRI working paper suggested allowing the private sector and NGOs to submit suggestions on 5-year intervals too for “procedural equity” sake.

In the closing remarks of his speech at the UNFCCC, President Obama said:

“Accepting this challenge will not reward us with moments of victory that are clear or quick.  Our progress will be measured differently — in the suffering that is averted, and a planet that’s preserved. And that’s what’s always made this so hard. Our generation may not even live to see the full realization of what we do here. But the knowledge that the next generation will be better off for what we do here — can we imagine a more worthy reward than that? Passing that on to our children and our grandchildren, so that when they look back and they see what we did here in Paris, they can take pride in our achievement.

To have a shot at securing that future, it is essential that the implementation of a Transparency Mechanism under Article 13 of the Paris Agreement be developed in a robust manner. Capacity in carbon accounting must be strengthened in the developing world in order to effectively implement Article 13. Transparency is the backbone of the Paris Agreement.

Other Great Readings on Transparency & the Paris Agreement:

INSIDER: An Enhanced and Effective Framework for Transparency and Accountability in the Paris Agreement – Yamide Dagnet and David Waskow, WRI