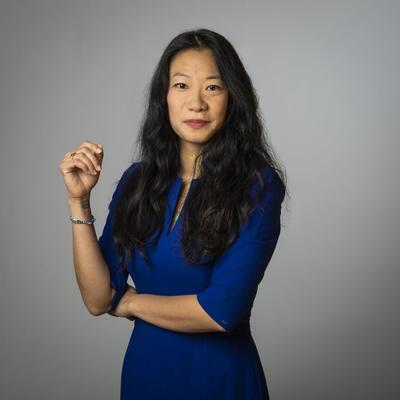 Steph is an entrepreneur and community builder with management experience in the Middle East, South Asia, and the United States. She co-founded and runs Solstice, an enterprise dedicated to radically expanding the number of American households that can take advantage of clean energy using community-shared solar farms. Solstice also invented the EnergyScore, a new, proprietary underwriting standard for solar customers that is simultaneously more accurate in predicting who willpay their utility bill and more inclusive of low-income Americans (than FICO credit scores, the industry standard).

She was selected as an Echoing Green Climate Fellow, Inc Magazine’s Female Founder 100, Elle’s US Women Entrepreneur of the Year, a Kia Revisionary, for Techstars Boston, a Renewable Energy World 40 Under 40 in Solar, a Grist 50 Fixer, a GLG Social Impact Fellow, a Cordes Fellow, and an Acumen Global Fellow.

She holds a B.A. from Yale, a Master in Public Affairs (MPA) with distinction from Princeton, and an MBA from MIT with a Certificate in Entrepreneurship and Innovation. She originally hails from Hawaii.