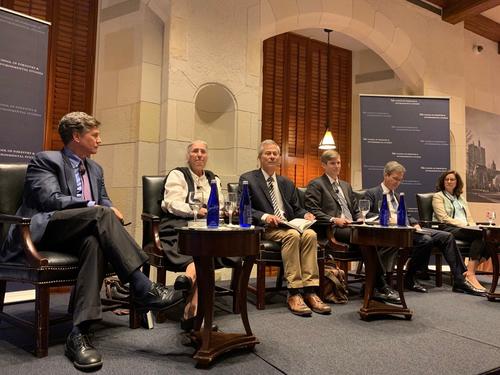 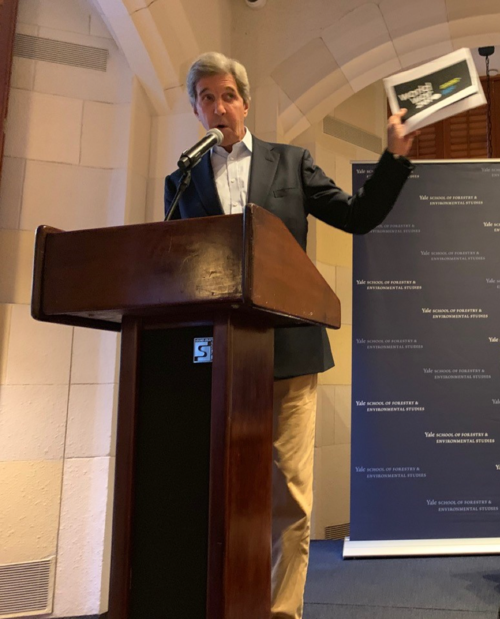 Fellow at Yale Jackson Institute for Foreign Affairs and Former Secretary of State John Kerry speaks at the event.

The event served as a preview for A Better Planet: Forty Big Ideas for a Sustainable Future. A Better Planet is a new book from the Yale Environmental Dialogue featuring dozens of experts discussing a range of environmental issues that will be published by Yale University Press in October. Many of the featured authors are Yale professors and former students.

The Climate Week event featured five of the book’s authors who offered their thoughts on the world’s trajectory on climate change action. These speakers were Anthony Leiserowitz, Director of the Yale Program on Climate Change Communication; Sue Biniaz, the longtime lead climate change lawyer for the U.S. State Department; Ken Gillingham, professor of economics at the Yale School of Forestry & Environmental Studies (F&ES); Gary Brudvig, professor of chemistry at Yale University; and Monica Medina, publisher of Our Daily Planet and former General Counsel of the National Oceanic and Atmospheric Administration. The discussion was followed by a lively question and answer session with an audience of nearly 200 environmental practitioners.