What You Missed in Katowice: A Report from COP24 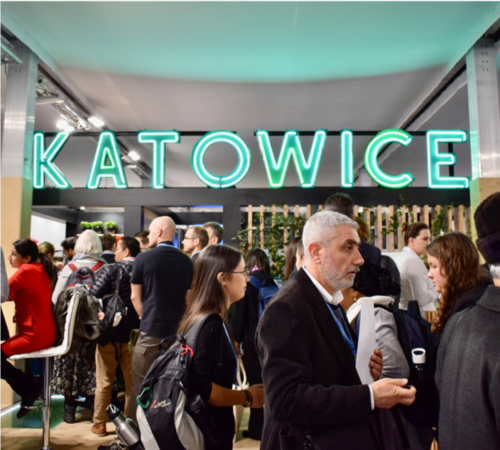 The 24th Conference of the Parties to the United Nations Framework Convention on Climate Change, better known as COP24, took place in Katowice, Poland last December, bringing together stakeholders from all corners of the globe. Chief among the list of priorities was elaborating the “Paris Rulebook,” specifications for how the 2015 Paris Agreement will be implemented. Additional themes emerged at the conference, including the role of sub-national actors, the potential for carbon pricing, and the future of private climate finance.

This blog, highlighting sub-national actors, is the first of four in a series describing the discussions and outcomes of COP24. The rest of the posts in the series are coming soon and will feature carbon pricing, private finance, and negotiations and outcomes.

There is growing recognition that top down approaches to reducing emissions will be insufficient to address the global scale of climate change. This view has been bolstered by the U.S. government’s planned abandonment of the 2015 Paris Agreement and the surge of domestic sub-national climate pledges that followed. In light of this trend, events and panel discussions at the most recent COP prominently featured sub-national actors from around the world. Over the course of the conference, state environment secretaries, business executives, and NGO leaders gathered to share their lessons learned for reducing emissions and adapting to the effects of climate change.

At a panel on sub-national strategies for meeting Paris Agreement targets, representatives from Maryland, California, British Columbia, and Oaxaca emphasized the importance of regional collaborations to reduce emissions. Ben Grumbles, Maryland’s Secretary of the Environment, highlighted the success of the Regional Greenhouse Gas Initiative (RGGI), an emissions trading program that has helped New England and Mid-Atlantic states cut emissions from the electric sector in half since 2009. Ken Alex, director of California’s Office of Planning and Research under Governor Brown, pointed to California’s engagement in the Under2 Coalition, while British Columbia’s Minister of Environment and Climate Change Strategy, George Heyman, called out the Pacific Coast Collaborative. These alliances serve as climate action blocs that push against backsliding at the national or international levels.

Speakers at a number of events also highlighted the role that urban centers must play in reducing emissions and adapting to climate change. Cities account for more than 70 percent of carbon dioxide emissions worldwide, and the United Nations predicted last year that 68 percent of the world’s population will live in urban areas by 2050.

At “Cities Matter: Capacity Building for Transformative Climate Action in Sub-Saharan African Cities,” a panel of speakers discussed common themes in addressing city-level emissions across Africa. While they noted that African cities generally have low emissions per capita, they also called attention to the rapid growth of these population centers–a trend with profound climate change implications. Over the course of the talk, common challenges and solutions stood out. Climate change mitigation and adaptation efforts in African cities continue to be hampered by weak governance regimes and limited capacity. Speakers also stressed the importance of ownership of climate plans that address not only environmental concerns but also social and economic issues. 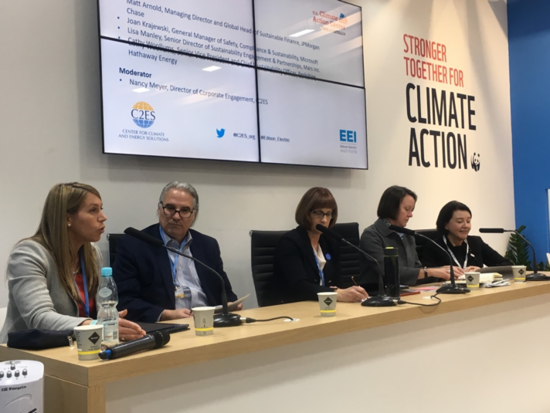 While panelists talked about the risks their companies face due to climate change, they also highlighted the opportunities they’ve found in corporate climate action. These include building better relationships with employees and customers and lowering energy bills by investing in energy efficiency and renewable energy projects. And when asked which policy they would prioritize if they could implement just one, nearly all supported a price on emissions.

Sub-national action has become the topic du jour in the United States, with good reason. Actors at local, state, and regional levels have demonstrated the political will necessary to lead on climate change. This broad engagement is a trend unlikely to be reversed–even if the United States re-commits to climate action at the federal level–and it will remain be a topic to watch in the run-up to the next COP.