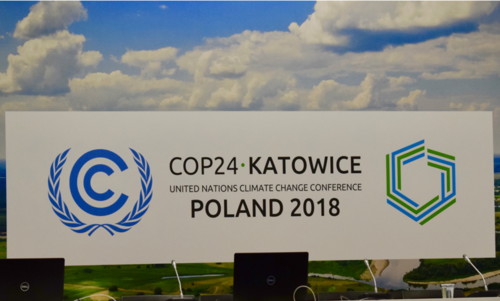 This page displays updates from COP 24, the United Nations Climate Change Conference in Katowice, Poland. Currently, the final text is still being negotiated in Katowice, as Parties have remained in the city for extra time to reach an agreement. It has also been announced that Chile will host COP 25 in 2019. 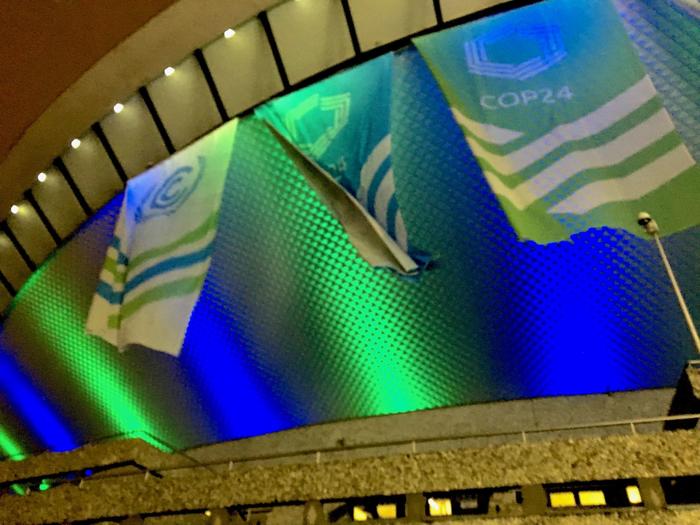 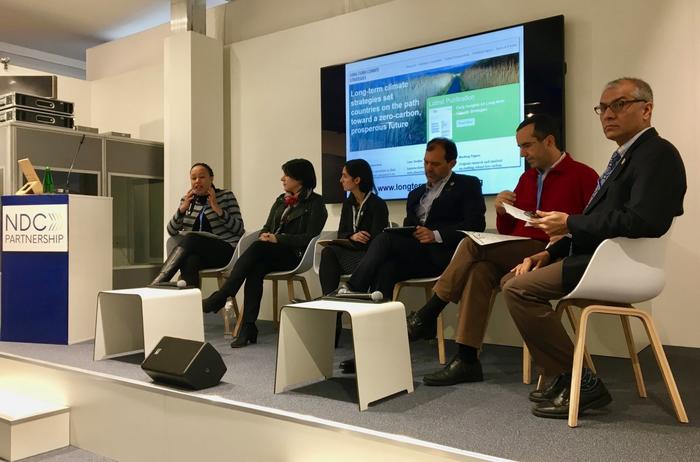 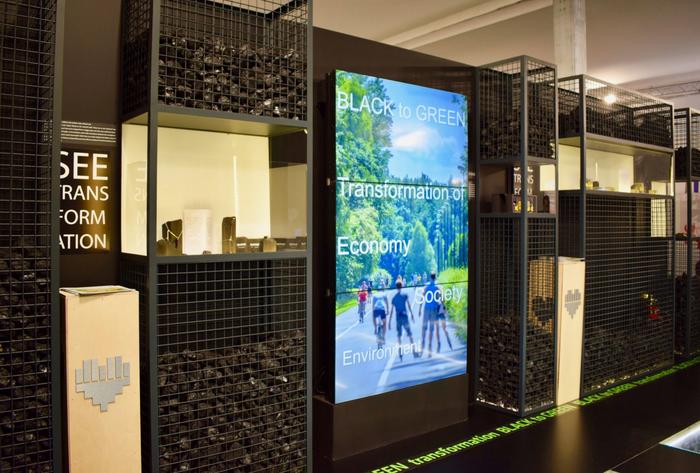 Coal display at the Poland pavilion. 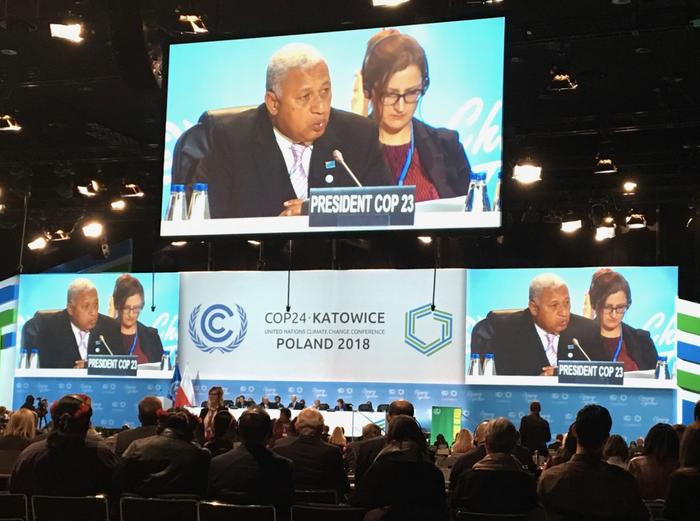 The Fijian President of COP23 speaks during the closing of the Talanoa Dialogue. 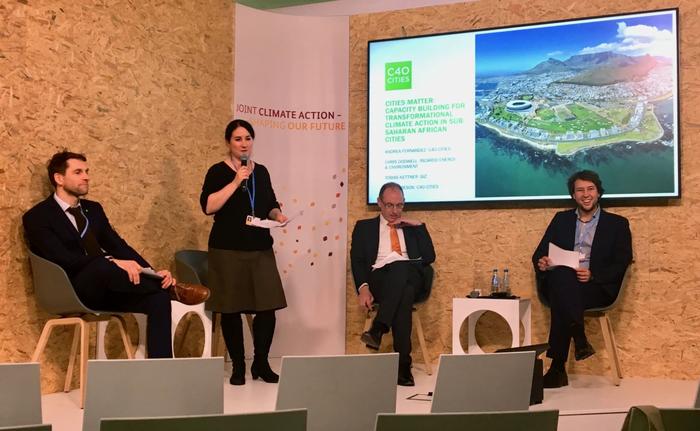 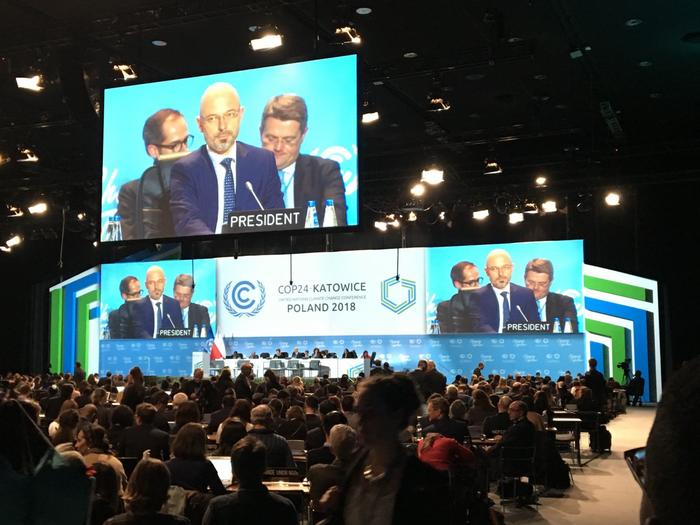 Michał Kurtyka, Poland’s Secretary of State in the Ministry of Energy and COP24 President. 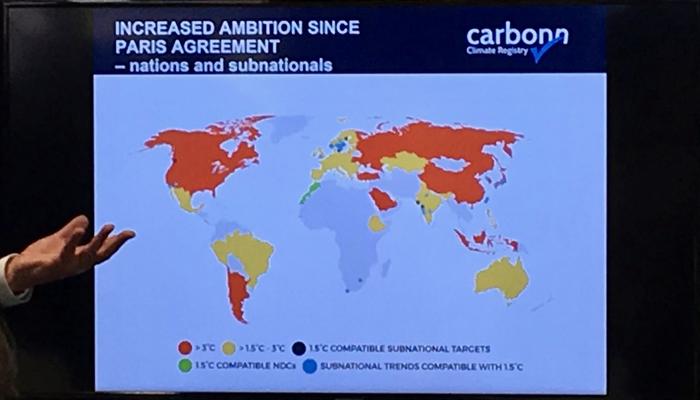 A graphic conveys the greater climate ambition of cities compared to nations. 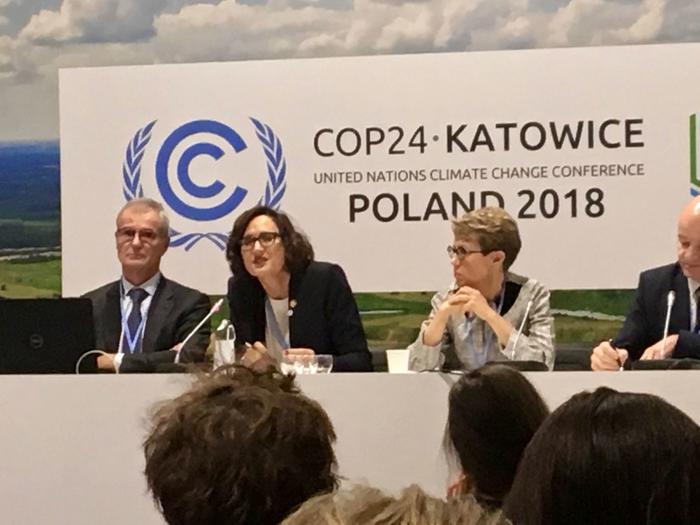 Sandrine Dixson-Declève, Co-President at The Club of Rome, speaks about private finance. 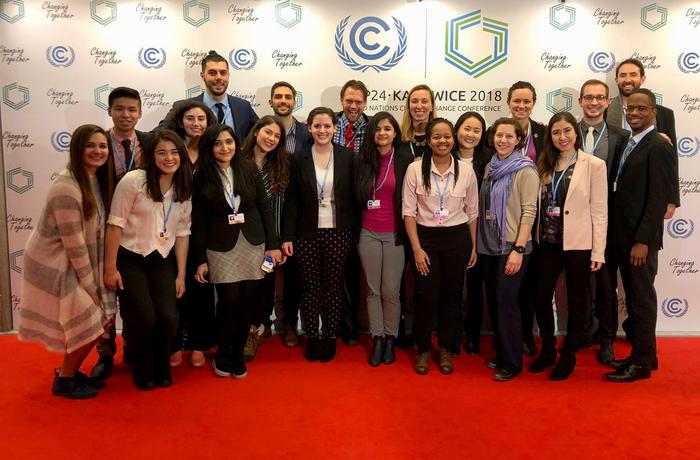 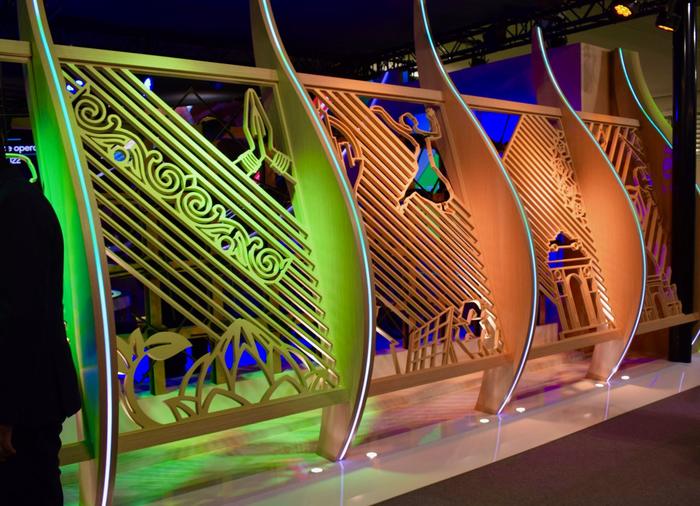 The India pavilion at COP24. 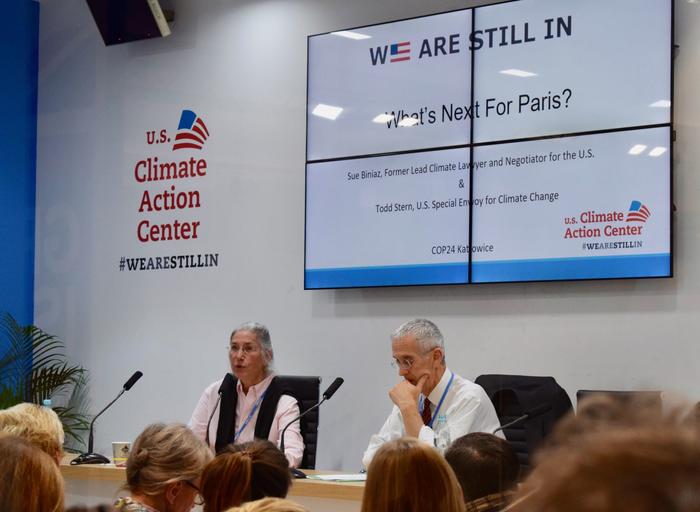 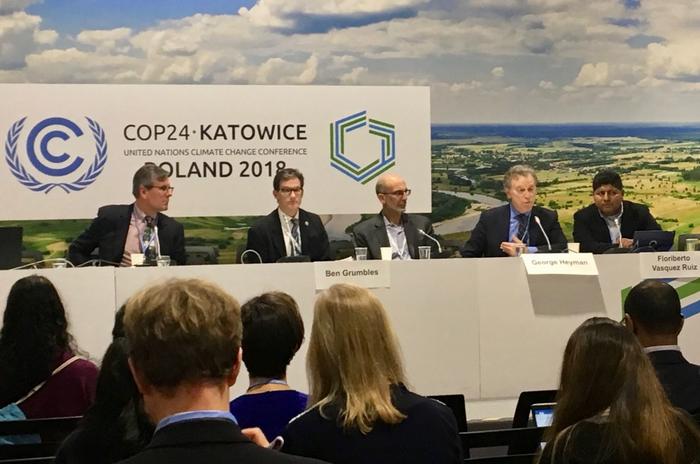 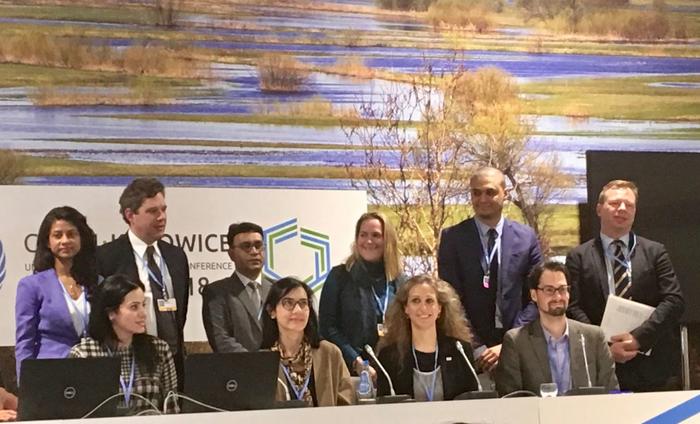