Part 2 - What You Missed in Katowice: A Report from COP24 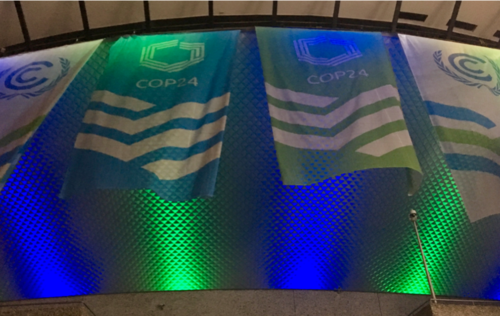 Economists have long supported a price on carbon as an effective and efficient way to reduce greenhouse gas emissions. Over the last decade, a number of national and sub-national jurisdictions—as well as some of the world’s largest companies—have implemented or backed such policies. The design of these policies ranges from carbon taxation to emissions trading schemes and hybrids in between. Given the growing importance of this topic, COP24 featured a host of speakers who discussed carbon pricing schemes implemented around the world, from China to British Columbia.

Minister McKenna noted that British Columbia has had a price on carbon for more than a decade and highlighted her province’s people-focused approach, emphasizing the returns that British Columbia’s citizens see from the revenue. Minister Rodriguez discussed the role that Costa Rica’s 1997 carbon price played in conserving the nation’s tropical forests, while Minister Masagos emphasized Singapore’s decision to institute a low tax on carbon until 2023, essentially creating a trial period for sectors to learn and adjust.

Finally, a China-hosted event on the nation’s new emissions trading scheme boasted a lineup of speakers from China’s newly established Ministry of Ecology and Environment, the World Bank Group, the International Energy Agency, the International Emissions Trading Association, and the National Centre for Climate Change Strategy and International Cooperation. Two key messages emerged. First, the new emissions trading scheme is China’s way of following through on President Xi Jinping’s commitments to the Paris Agreement. Second, if China, with its rapid economic growth and reliance on fossil fuels, can implement such a market-based system, then any nation should be able to adapt emissions trading for their own national circumstances.

As John Roome noted during his remarks, carbon pricing is growing in popularity, with 70 national and sub-national jurisdictions already implementing or planning to implement some form of a carbon price. While national and sub-national circumstances vary widely, it is clear that the international community has embraced this type of policy as an essential tool for combating climate change.