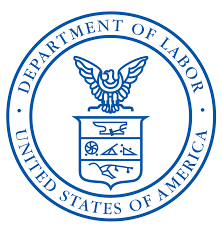 On Friday, the U.S. Department of Labor (DOL) recently issued a final rule that imposed new limits on proxy voting for private employee benefit plans’ fiduciaries. The rule, as issued, requires fiduciaries to put the financial interests of their workers ahead of broader “non-pecuniary objectives”—or, in other words, not to make financial decisions based on concerns about the environmental/social/government (ESG) performance or other “values”-based elements of these investment vehicles.

The latest action followed a series of similar efforts also undertaken by the DOL (most notably in the context of ERISA plans) that critics see as potentially seeking to undermine shareholder activism on climate change and other social causes. Notably, the Department’s planned rule changes will not go into effect until January, and may potentially be reversed by the incoming administration. Earlier this fall, the Federal Reserve also took the significant step of including climate risk in its financial stability report, and the Commodity Futures Trading Commission released a similar report on “Managing Climate Risk in the U.S. Financial System,” perhaps sending conflicting signals to investors.

In this complex and ever-changing landscape, the Yale Center for Environmental Law & Policy seeks to be a resource to financial services providers and other advocates in sustainable finance. The Center’s recent book, Values at Work: Sustainable Investing and ESG Reporting, along with its recent white paper on the same topic, take on the issue of sustainability in finance head-on, proposing a bold (but achievable) set of recommendations and highlighting a number of diverse perspectives in the world of sustainable finance.

Shareholder votes related to climate risk have increasingly come into the spotlight in recent years. Blackrock, as one example, recently vowed to support more such resolutions, after criticism from activists based on its past voting record. As commentators have pointed out throughout the rulemaking process, the DOL’s new rule potentially overlooks the economic externalities created by climate change. This contrasts with the viewpoint adopted by the Task Force on Climate-Related Financial Disclosures (TCFD) and the European Union, which have increasingly sought to mainstream climate risk disclosure. The adoption of TCFD standards as mandatory in the U.K. and elsewhere around the world potentially subjects multinationals to conflicting standards. The adoption of a “double materiality” framework by the European Commission – considering not only the impact of society on business, but also the impact of business on society – is also directly at odds with the narrower rule promulgated by DOL.

Although decried as symbolic activism by some, shareholder resolutions are a powerful tool to ensure that the physical and economic risks of climate change are adequately accounted for throughout financial markets. Pushback against shareholder resolutions related to climate risk parallels a proposed rule from the Treasury Department that divesting from fossil fuels is a form of credit discrimination under the Equal Credit Opportunity Act and other applicable lending laws. Such arguments overlook, however, that climate risk is a financial risk as well. As previously identified by the Institute for Energy Economics and Financial Analysis (IEEFA) and other independent experts, funds that are heavily invested in fossil fuels have seen billions wiped from their balance sheets over the past decade. For pension funds and other passive investments, which often operate as index funds, shareholder resolutions are potentially a powerful tool to minimize such risk for retirees. The rise of index funds that seek to screen out fossil fuels, such as notably the S&P 500 Fossil Fuel Free Index, has also accelerated in recent years. Although not without controversy, the creation of such funds – as well as the increasing number of shareholder resolutions focused on fossil fuels – show that investors are increasingly attuned to climate policy. In this light, DOL’s recent rule change is perhaps a response to this rapidly changing landscape, in which climate risk has rapidly moved from activist mantra to mainstream accounting.

Since the Center began drafting Values at Work, the shift to sustainable investing has only accelerated. The launch of the Net Zero Asset Managers initiative, in conjunction with the UN Secretary-General’s Climate Ambition Summit earlier this month, also marks a notable turning point. Currently, trillions of dollars around the world are being managed with climate risk in mind. The appointment of Brian Deese, a Yale alumnus and former Global Head of Sustainable Investing at Blackrock, as director of the National Economic Council indicates that the new administration may move in a new direction. As the nation shifts into governance mode this January, it is our hope that Yale, as well as our alumni, will continue to serve as a resource in this vital transition to a market that is more sustainable, more open, and ultimately more free.