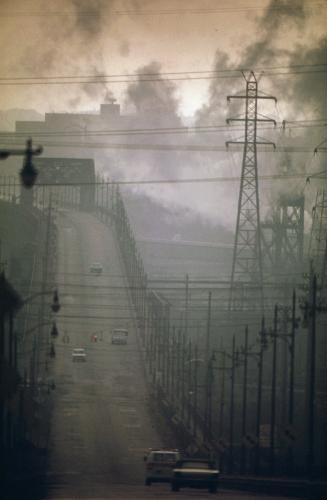 Air pollution is the most pressing environmental threat to global public health according to the 2018 Environmental Performance Index (EPI). Researchers at Yale and Columbia Universities in conjunction with the World Economic Forum issue the report every two years. The most recently released report, announced in January at the World Economic Forum in Davos, Switzerland, found that poor air quality contributes to two-thirds of global deaths and diseases attributable to environmental risks.

Air pollution takes many forms, but the pollutant of greatest concern is fine particulate matter with a diameter of 2.5 microns or less, known as PM2.5. Even minimal exposure can negatively affect one’s quality of health, especially in infants, pregnant women, and the elderly.

According to the EPA, PM2.5 poses such a severe threat to public health because of its size. Its minute diameter allows it to burrow deep into people’s lungs and even get into their bloodstream. The effects of PM2.5 inhalation can vary from a simple cough to exacerbated asthma to premature death from respiratory and cardiac diseases.

Automobiles, industrialization, power plants, and fires are all major sources of ambient air pollution and PM2.5 exposure. Urbanization is particularly problematic because it results in more people living in highly polluted areas and further contributing to air pollution.

Environmental health risks are measured in disability-adjusted life-years lost per 100,000 people, or the DALY rate. This metric allows for comparisons between and among countries and over time. The largest discrepancies are between developed and developing nations. While some developed countries have invested in air pollution management strategies and technologies to mitigate the health threat, developing countries have not shown similar progress. 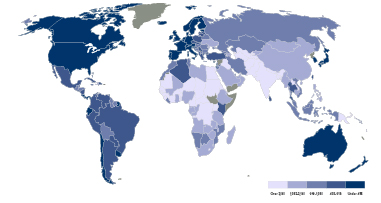 Developed countries such as Australia and Finland have made strides in diminishing the air pollution issue. Australia established its National Clean Air Agreement in 2015 with a focus on curbing emissions and raising awareness. In light of the 2018 EPI rankings, Australians breathe some of the cleanest air in the world.

Developing nations, on the other hand, have been less successful. China and India both rank among the lowest five countries in air quality in the 2018 EPI. India alone is home to 14 of the 15 most polluted cities worldwide, according to a recently released WHO report. India has been slow to institute change, just recently revealing its plan to target the pollution emitting practice of crop burning in rural areas.

Though China continues its “war on pollution,” an initiative first announced in 2014, its air quality remains poor. To combat this, the government shut down coal mines and restricted new coal-fired power plants from being built in high-pollution areas, among other actions. And yet, while China dives into these efforts on the home front, Chinese companies continue to build coal-fired power plants abroad, bringing doubt to the nation’s commitment to this critical issue.

Due to the persistent and outsized threat of air pollution to human health, the 2018 EPI emphasizes air quality with a high weight within the policy objective of Environmental Health – far greater than in previous versions of the report. Our intention is to communicate the magnitude of the problems related to PM2.5 exposure and household solid fuel use. The EPI scores and rankings should therefore help countries as they prioritize environmental problems.

EPI Insights is an ongoing series aimed at shedding light on the major policy highlights and findings of the 2018 Environmental Performance Index (EPI) report released this January in Davos, Switzerland. Each month, YCELP will feature a major benchmark included in the 2018 report and expand on the country rankings based on these metrics.