Environmental Policy Predictions Under the Trump Administration: A Q&A with Professor Dan Esty and a friendly reminder to “just breathe” 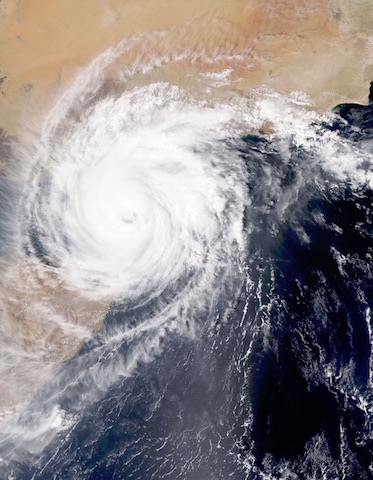 Although President-elect Trump has made his opinions widely known, his plans for acting on those statements remain unclear and undefined—leaving a void filled with speculation and conjecture.

On the environment, Trump has stated his intention to dismantle the EPA, unravel the Clean Power Plan, and cancel the Paris Climate Change Agreement. While Trump will exercise executive power, he will not exercise absolute power, and his actions are limited in several key ways. To clarify some of the lurking unknowns and understand Trump’s limitations regarding environmental policies, I sat down with Professor Dan Esty, Director of the Yale Center for Environmental Law & Policy and the Hillhouse Professor at Yale University.

Professor Esty, many of us are very concerned that exactly when we need to buckle down on climate change, President-elect Trump appears determined to unravel any progress that’s been made. Are we doomed?

For everyone who is worried that Trump is going to rollback environmental protection in a dramatic way, step back, breathe, and recognize that there is a process that any new administration has to go though to change regulatory practice and rules. There are some things a new President can do, but not very many. Most of the rules are built on a set of regulatory findings that quickly would have to be revised before new standards could be put in place. In order to change regulations that have been finalized, there has to be a notice and comment process, and an administrative record that supports the change. Neither is fast—nor even possible in many cases.

President-elect Trump has stated his intention to cancel the Clean Power Plan, the first-ever national standards to limit carbon pollution from power plants. Is this possible? If so, how?

In 2007, the EPA made an endangerment finding—which was mandated by the Supreme Court in Massachusetts v. EPA—that greenhouse gases are a pollutant to be managed under the Clean Air Act. Therefore, the Clean Power Plan reflects a legal obligation under the Clean Air Act. Repudiation of President Obama’s greenhouse gas emissions control plan would require a set of legally defensible findings to justify a change of direction. Trump can’t simply wave away the rules. He can’t just say, “I don’t believe the scientists.” That would be judged as “arbitrary and capricious” and would be struck down during court review.

What about his ability to appoint the next Supreme Court justice?

Trump may certainly appoint a Supreme Court justice who deems the current framework of the Clean Power Plan legally improper, but regardless, the EPA would still be required to regulate carbon dioxide, per the Supreme Court case ruling on Massachusetts v. EPA. The EPA would have to redesign a plan to regulate carbon dioxide under a different framework.

What about other regulations that are limiting greenhouse gas emissions? What is the likelihood of their reversal?

The most significant regulation that is currently delivering on the Clean Power Plan, and reducing emissions by 26% to 28%, is the Mercury and Air Toxics Standards (MATS). This regulation has already caused the closure of hundreds of generating power plants across the country and those old plants are not being turned back on. The MATS rule would be very hard to reverse. You can’t say, “I don’t believe in mercury.” After something has been identified as a threat to public health, there is a legal obligation to regulate it. To do away with this regulation, the Trump administration would have to issue a scientific finding that mercury exposure is not a health threat. Again, such a finding—without scientific support—would be ruled as “arbitrary and capricious.” There are many obstacles in the way for anyone who wants to undo environmental regulations across the board. It would be a slow and deliberate process.

Here on campus there are rumors that the Paris Climate Change Agreement is “over.” Is Trump capable of canceling the agreement, and if so, is the Paris Agreement doomed?

Trump cannot simply cancel the Paris Climate Change Agreement with the stroke of a pen. There is a provision in the agreement limiting a participant’s right to withdraw, and setting up a process that takes four years. As a signatory, the US would be subject to the legally binding commitments of the agreement, and failing to meet those obligations would be breaking international law.

In terms of strategic choices, withdrawal would be a very poor decision. By participating in the Paris Climate Change Agreement, the US is at a competitive advantage in the world. If we were to renege on the agreement, we could face countervailing duties, which would create competitive disadvantage and a massive global diplomatic backlash.

What about Trump’s cabinet appointments—from a climate denier for the Administrator of the EPA to the CEO of ExxonMobil for Secretary of State?

As far as oil company executives go, Rex Tillerson is not so bad. He abandoned the climate change disinformation campaign that was funded by his predecessor at Exxon. And he has voiced his support for a carbon charge, which is another signal that things won’t move in as dire a direction as some are expecting.

Trump claims he wants to “dismantle the EPA.” Is this possible? What do you foresee happening with this agency in the next administration?

The EPA has a team of career officials dedicated to upholding the environmental rules of the US. Anyone who sought not to fulfill those legal obligations would face a lot of pushback. There are a number of talented, committed and courageous professionals with a legal obligation to protect the environment. The EPA is statutorily established—meaning it exists because a law was passed by the congress. The new administration is not able to undo laws. They can submit legislation to reverse it, but any legislation to eliminate the EPA will not proceed because the Democrats can block it.

The EPA could be exposed to budget cuts and the elimination of programs that the new administration doesn’t like, but I am reasonably confident that the Trump administration will not go to the extreme edge of the spectrum and eliminate the EPA. It would just become too much of a battle.

Environmentalists will likely be positioned defensively over the next four years. Are there any opportunities to play offense, and if so, where?

Anyone worried about Trump faces a strategic choice: do you fight him at every turn, or move forward where there is some consensus. Even in the environmental arena there are some areas for consensus including investments in infrastructure, modernized grids, microgrids, energy efficiency investments, and improved public transit. These are all things that both Trump supports and Democrats should support.

In addition, there is a surge of action at the local level. California, Connecticut, and New York are all working to meet ambitious climate goals. If these efforts prove successful, other states will follow suit.

I was just down in Mexico for the C40 Summit, an event that gathers mayors from around the world who are implementing progressive climate policies. At the summit there was a spirit of excitement as mayors discussed their challenges, strategies, and accomplishments on climate action. Right now there are incredible leadership initiatives underway in Copenhagen under Frank Jensen, and in Rio de Janeiro under Eduardo Paes, demonstrating opportunities for climate initiatives at the city level. Since cities are responsible for 70% of global energy related carbon emissions, helping cities succeed is a big step to having the world succeed. Although the Paris Climate Change Agreement is a top-down agreement, it is critical that we advance implementation from the bottom up.

So we shouldn’t be entirely pessimistic?

I am not as pessimistic as some about the direction of environmental policy over the next year or two. Trump will have to start the process of new regulatory findings, and it will take a significant amount time for the team to understand which regulations can be changed and which cannot. And he may even find that a number of the things that the Obama Administration did make sense after all.