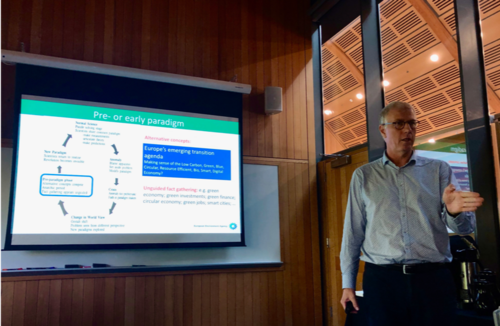 Environmental experts have increasingly been calling for a paradigm shift in how we craft climate change policy. On October 4, Dr. Hans Bruyninckx, the Executive Director of the European Environmental Agency (EEA), spoke at the Yale School of Forestry & Environmental Studies about what this paradigm shift could look like in Europe.

The EEA, an agency of the European Union, is responsible for research and assessment of environmental data. The Agency provides information to officials across the EU, serving as a link between science and governance. As the Executive Director of the EEA, Dr. Bruyninckx described his role as making scholarship useful for policy.

During his talk, Dr. Bruyninckx described how the newly introduced European Green Deal signals that Europe is on track for a paradigm shift in environmental policy. While Europe is often praised for developing strong institutional frameworks and effective policies, evidence shows that these policies are falling short on delivering needed environmental results. The European Green Deal, proposed by Ursula von der Leyen, the new President of the European Commission, has major implications for environmental ambition in Europe. As the first of her five presidential priorities, von der Leyen is signaling that action on climate will be of paramount importance during her term. The European Green Deal calls for climate neutrality, biodiversity protections, shifting to a circular economy, promoting a Just Transition, more sustainable investment, and includes an industrial strategy. 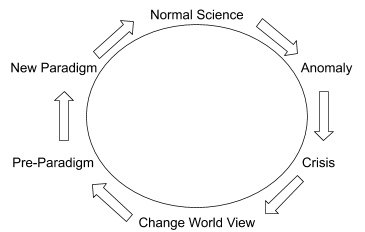 Currently, Europe is in the “crisis” and “change world view” phases. The crisis is represented by the realization that the previous paradigm – one in which environmental problems are responded to by institutional solutions, such as the Paris Agreement – isn’t working. Most policies that have been presented by European or international institutions aren’t addressing the real problems underlying sustainability challenges. A changed world view is emerging, one that requires a systemic societal shift.

Dr. Bruyninckx explained that “traditional incremental approaches have not worked - we need a radical rethinking of how we create environmental policy.” Rather than sector-focused approaches to sustainability, we need a systemic approach. Rather than simply praising nature-based solutions, we need to actually protect nature so that it can truly deliver these solutions. Rather than accepting the financial status quo, we need to challenge the existing financial system. As European stakeholders realize that the current approach isn’t working, they may be on track to pursue a shift similar to the one outlined by Dr. Bruyninckx.

Dr. Bruyninckx finished his talk by outlining the qualities of environmental policies that we need going forward. Policies must be: visionary, engaging, urgent, coherent, consistent, implementable, and based in science and knowledge. Part of this paradigm shift must include an adjustment in how we think about individuals: in the current system, people are referred to as consumers who must make better choices. Instead, we need to consider people as citizens who rely on institutions, and we need these institutions to enable certain societal conditions that allow us to make better choices. Rather than citizens being entirely responsible for making ethical consumption decisions, we need our institutions to establish laws and policies that put more ethical goods – and fewer wasteful goods – on the market. Time will tell if the European Green Deal can produce policies - and actions - that fall in line with this new paradigm of environmental governance.