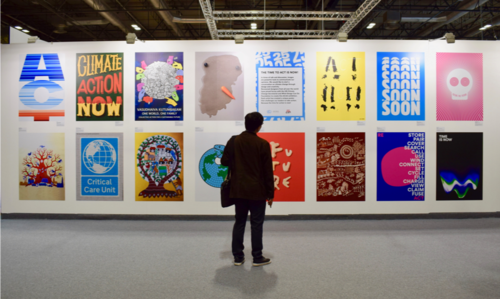 This year, 38 students from the Yale School of Forestry & Environmental Studies attended the United Nations’ 25th Conference of the Parties (COP 25), hosted by Chile and held in Madrid, Spain. These students joined non-profit organizations such as the Rocky Mountain Institute and Climate Action Network and national delegations such as Rwanda, Peru, and Turkey. Along with several classmates, I was part of the Kingdom of Tonga’s delegation, for whom I tracked climate finance negotiations on long-term finance, the Green Climate Fund, and the Global Environment Facility.

COP 25 can be summarized in one word: contrasts. Contrasts abounded, from the degree of consensus between countries to nations’ political will to act on climate – especially when compared to COP 21 in France, where the Paris Agreement was signed.

The Paris Agreement marked a turning point in global climate collaboration, whereas this year’s conference demonstrated curtailed action. Just a few years ago, virtually every country in the world reached consensus on key climate milestones such as limiting global average temperature rise to 2 degrees Celsius while striving toward 1.5 degrees; self-determination of national targets and five-year review cycles; and a finance mobilization goal of $100 billion.

COP 25, however, left many controversial issues unresolved and punted to next year. For instance, negotiations around the rules to form an international carbon market, the governance of loss and damage for countries facing climate emergencies, and the length of common time frames were all incomplete at the close of the conference. It was the longest COP in history because negotiators couldn’t agree upon language, resulting in final text that is considered watered down and weak.

While the Paris Agreement reflected a sense of unity among nations, COP 25 manifested polarity between developed and developing countries. In the months before COP 21, the United States and China released a joint presidential statement asserting their commitment to acting on climate change. This signaled to the world that the two largest emitters would not be impediments to progress and that collaboration between developed and developing countries was possible.

By contrast, COP 25 revealed a palpable divide between the national interests and perceived responsibilities of developed versus developing countries. Developed nations—chiefly the United States, Australia, and the European Union—pushed back against increasing national targets and financial obligations. Meanwhile, developing countries, through negotiation blocks such as the Group of 77 and China, fought for more stringent commitments from developed countries, including on adaptation funding.

COP 25 revealed the challenge of sustained climate diplomacy amongst shifting political climates. The administrations of the United States and Brazil, for example, displayed vastly different national priorities in 2019 compared with 2015’s COP21. Chief among these policy changes is the United States’ announced withdrawal from the Paris Agreement. American negotiators thus blocked or stalled many efforts at the conference. Meanwhile, Brazil opted out of holding a government exhibit at COP for the first time in years. Brazil espoused pro-development and pro-business views, and preferred weakened language on the science of climate change and the connection between climate change and land use. This agenda ran at odds with panels featuring indigenous leaders from the Amazon who criticized the government for the burning of rainforests and rampant deforestation.

This year’s conference touted the motto “Time to Act,” but nations exhibited a reluctance to work together and raise ambition on climate change. Despite a groundswell of pressure and protests from civil society and youth, nations fell flat on meaningful progress. At the conference’s close, UN Secretary-General Antonio Guterres stated, “I am disappointed with the results of COP 25. The international community lost an important opportunity to show increased ambition on mitigation, adaptation, and finance to tackle the climate crisis.”

COP25 was a disheartening end to a year rife with alarming climate disasters, notably the catastrophic wildfires in the Amazon and Australia. 2020 ushers in a new decade with only ten years left to prevent the most harmful climate impacts. It is critical that COP 26 in Glasgow, Scotland later this year yields stronger outcomes. It is uncertain if the United Kingdom will step up and prioritize COP 26, but now more than ever we need effective multilateralism to combat the climate crisis.