Michael Fitzpatrick is Head of Global Regulatory Affairs at Google and leads Google’s Regulatory Affairs Center of Excellence. He focuses on all aspects of digital policy and regulatory process, including artificial intelligence and content moderation. Prior to joining Google, for almost eight years Michael served as the Head of Regulatory Advocacy at General Electric Company (GE) where he was a member of the Global Government Affairs and Policy senior leadership team and coordinated GE’s advocacy on issues involving energy/environmental, rail, aviation, healthcare, AI, additive manufacturing, spectrum, and commercial drone regulation.

From 2001 to 2009, Michael was in the Washington, DC office of Akin Gump Strauss Hauer & Feld LLP, where he was a partner in the Litigation Practice Group. Before joining Akin Gump, he served as an Assistant United States Attorney in Washington, DC, and as a Senior Advisor to the Administrator of OIRA during the Clinton Administration. He clerked for Judge William Norris on the U.S. Court of Appeals for the Ninth Circuit after graduating, with distinction, from Stanford Law School (Order of the Coif). Michael received his M.A. in American History from the University of Virginia and his B.A. from Brown University (Phi Beta Kappa; Magna Cum Laude). He currently serves as Vice President of the Board of Directors of The Woolly Mammoth Theater. 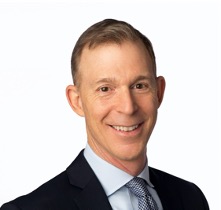