Mark DeAngelis is a former finance professional and currently devotes his time to philanthropic endeavors. Mark spent 17 years in various positions in the finance industry after graduating from Yale in 1992 with a B.A. in sociology. From 2004 until 2008, he ran the U.S. research office for International Asset Management, a multi-billion dollar hedge fund of funds based in London.

In 2008, Mark helped launch an international campaign to repatriate Sean Goldman, an abducted American child, to the United States. The high-profile case garnered media attention worldwide and the involvement of public officials in both the U.S. and Brazil. Subsequently, Mark co-founded the Bring Sean Home Foundation, a non-profit focusing on the issue of international child abduction. He serves as the organization’s Executive Director.

Mark became a Trustee of the Nature Conservancy’s (TNC) New Jersey chapter in 2012 and currently serves as its Board Chair. TNC is the world’s leading conservation organization, operating in all 50 states and more than 70 countries. He assists TNC with its global marine conservation programs, particularly along the Mid-Atlantic states and in the Caribbean.

Mark is an avid fly fisherman and accomplished saltwater angler. He also serves on the board of the American Saltwater Guides Association Fisheries Policy Alliance (ASGAFPA), assisting in their efforts to promote sustainable business for the recreational fishing community through marine conservation.

Mark remains active with Yale, serving as Director of his ASC region and Class Treasurer from 2007 to 2017. He co-chaired his 20th and 25th reunion gift committees and was also a member of the Yale Development Council.

Mark resides in Holmdel, New Jersey, with his wife Denise and their three children. 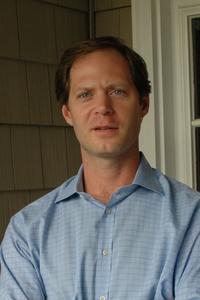