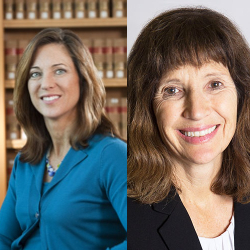 Christine Klein, the Chesterfield Smith Professor of at the University of Florida Levin College of Law and Sandra Zellmer, the Robert Daugherty Professor at the University of Nebraska Law College, discuss the environmental and social implications of decades of American engineering along the Mississippi River. In 2014, they wrote the book Mississippi River Tragedies: A Century of Unnatural Disaster. The book focuses on the dramatic transformation of the river over the last century and the precarious positions that human communities have in relationship to it. The results are what they call catastrophic “unnatural disasters.” Behind all of this, they argue, is a system of American law that amplifies and codifies American ambivalence toward nature. In this episode we discuss what they mean by “unnatural disasters” and what insights they have about how the American legal system creates the environmental problems so many of our environmental policies are trying to solve.